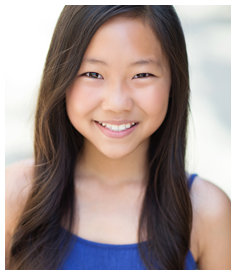 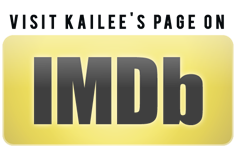 This site cannot be reproduced in any form without the permission of the webmaster. No copyright infringement is ever intended. This is the Official web site of Kailee Bauer, all images are property of the Bauer family or their respectful owners.
Welcome to the Official Site for Kailee Bauer. You may recognize Kailee from her videos for Buzzfeed, or her projects for companies including American Girl, Disney and Stride Rite. Here you will find all of the latest news and up to date information about this talented young actress and model. For Industry Professionals looking to learn more about Kailee, please click on her name above for an overview of information.

29 May 2018
Disney - Her Universe!
Kailee had a fantastic time shooting for Disney's "Her Universe" line and her images have been popping up all over the Disney Store website along with social media. The line is a collaboration with the company Her Universe which aims to bring stylish apparel for female sci-fi fans, and Kailee was thrilled to be a part of showcasing this amazing collection of activewear. She has had several solo shots surface as she shows off her outfit featuring a Disney style family crest, and is mid-workout out on the field. The group shots also came out wonderfully as Kailee and her friends socialize on the rocks and pose for photos together. It's pretty easy to see from these images why this was a very fun job for Kailee to shoot!

While Kailee was busy on set posing for images and having fun playing around with her friends, it was not only the photographer out there capturing photos, the cameras were rolling for video footage too! There were multiple videos released, including a behind the scenes one, that showcase the Disney and Her Universe activewear collection. It's always really nice when we get to see this kind of footage, a glimpse into what Kailee and her friends are doing on set that results in those amazing photos we see online, and what was even better was that they included part of the footage they had Kailee shoot with lines! The videos can all be viewed in the media section, and what an amazing shoot this was for Disney!

02 Jan 2005
Happy Birthday!
A new year, new beginnings, and...a birthday to celebrate! Happy Birthday Kailee! I hope you have a wonderful day celebrating with your family and friends, taking in your special day and all it has to offer. Turning twelve today brings a whole year ahead of exciting new memories to make, adventures have, and time with those we love. Enjoy everything your twelfth year has to offer, and I hope it starts off with a super fun filled day you don't want to end. Happy Birthday! 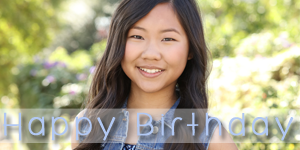 25 Dec 2005
Happy Holidays!
The holiday season is a magical time of year and Kailee loves every minute of it! There is so much to enjoy throughout the weeks leading up to the holiday, and now that Christmas Day is here let the celebrations begin! From the Bauer family to yours Happy Holidays and may 2018 bring you an amazing year full of love and happiness! 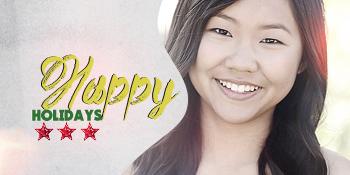